Since it's built on top of the Perl Catalyst web framework, MojoMojo supports ANY web server, and includes its own standalone one. It also supports any database backend supported by the DBIx::Class ORM, and has been successfully tested with PostgreSQL, SQLite and MySQL.

The code running MojoMojo is Open Source, under the Artistic License, just like Perl. The project has been running since 2005, with the first public release to CPAN in the fall of 2007, and version 1.0 released in May 2010. Sites using MojoMojo include the official Catalyst and HTML::FormFu wikis, and conversion of the Perl Foundation wiki from SocialText is in progress.

MojoMojo is prepackaged for Debian (libmojomojo-perl) and FreeBSD (p5-MojoMojo), and runs on Mac, Linux and Windows. 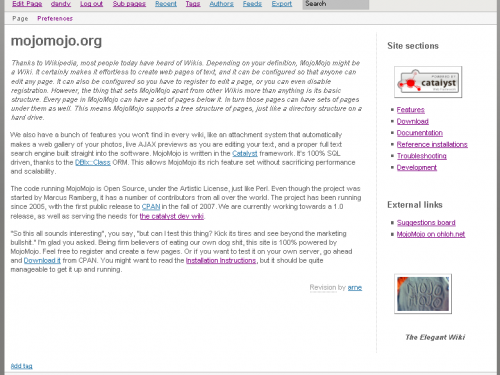 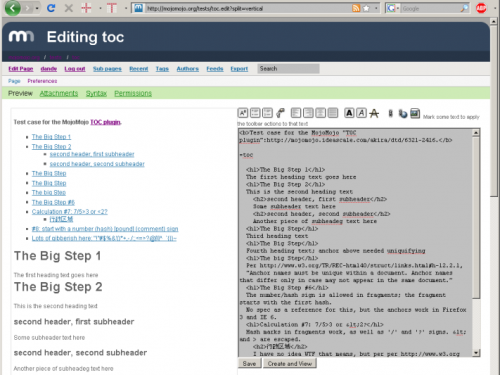