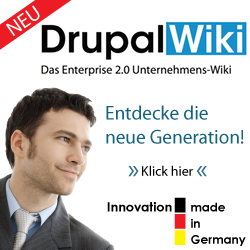 Wala ("talk") is a simple, no-frills wiki originally intended to facilitate fast, easy discussion. It requires only Perl, the "diff" utility, and a web server which does basic CGI.

Wala integrates gracefully with other Perl programs, and may easily be used as a comment engine for weblog systems, though at present this usage requires some knowledge of Perl.

Although Wala is deliberately minimalist and will remain so, it is under active development, and several additional features are planned. Future versions may include macros, better versioning, more sophisticated markup options (via modules such as Text::Textile), and syntax highlighting for source code.

Wala Wiki is the 63rd most popular Wiki on WikiMatrix.

Here are the statistics for Wala Wiki at WikiMatrix covering the last 30 days.

Detail Views:
17
Comparisons:
459
Popularity:
27?
Most compared with:
Compare Wala Wiki with these 5 Wikis