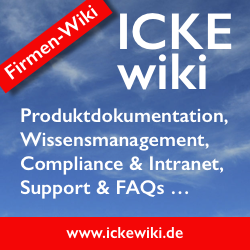 (Note): The names wxWikiServer and wikiServer seem to be used interchangeably for this product.

Excerpt from http://en.wikipedia.org/wiki/Wikiserver: (wx)WikiServer is a WikiEngine that is completely self-contained - it includes its own HTTP server, and so does not require CGI support, Perl, or even a separate Web server such as Apache or IIS. As such, it is one of the easiest ways to install and run a wiki; even people without any knowledge about the system can set up a wikiserver without many problems. WikiServer is also sometimes used as a general term that is used to describe any WikiEngine with a built-in server. ( head on over to wikipedia if you want to keep reading).

Installing under windows really is as simple as (1) unzip, (2) double click on .exe file, and its up and running (!)

I was evaluating wiki servers for internal group use at work. As an initial proof of concept system I used wxWikiServer. I found it so good that I've continued to use it as my personal wiki/pim while continuing to evaluate the others. I reckon its one of the best of the small standalone wikiservers. I especially like that the sidebar always shows all pages linking to the current page ie all backlinks are constantly visible.

In general I'd describe it as small, fast, slick, and stable - hallmarks of good software.

It has a reasonable feature set, although nothing too fancy considering it's size - eg no mail, or RSS feeds. (yet).

Visit Website: wikiserver.org
wxWikiServer is downloadable software that you can install on your own computer or host it on a server on the Internet.
wxWikiServer Consultants

There are currently no consultants listed providing services for wxWikiServer.